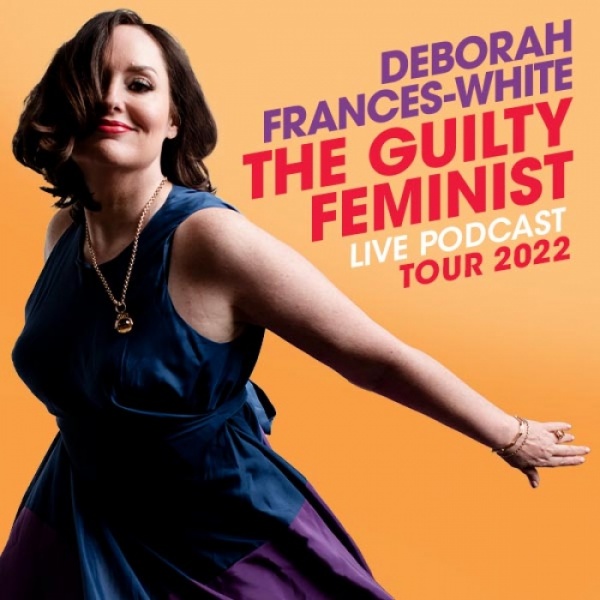 Less of a podcast and more of a global phenomenon, The Guilty Feminist, hosted by Deborah Frances-White and featuring world class guests, is part comedy, part deep dive discussion and part activism.

Examining our noble goals as 21st century feminists and our hypocrisies and insecurities that undermine those goals, The Guilty Feminist has had a spectacular 90 million downloads in five years.

Deborah has brought the show to Australia and New Zealand on several successful tours and is bursting with near hysteria to come back and be with her Antipodean guilty feminist crew after a year and a half of London lockdown.

This is the show that proves you don't have to be perfect to be a force for meaningful change. Come and join The Guilty Feminist live and be part of this joyful movement.

'I'm a feminist but I'm planning my sequinned outfit for the opening night of my Australian/NZ tour before I've planned the content. I can't wait to be back down under where audiences know how to bring a rock concert to a feminist podcast recording.' Deborah Frances-White